A fantastic number of Bedrock Vocabulary lessons were completed last week. Come on, let's see if we can hit our target for this week! @HarrisFed https://t.co/ziafkw6VA2

Check out our Bedrock Superstars who went above and beyond last week with their Bedrock learning. Remember, the count begins again to find out who will take the top spot this week! @HarrisFed https://t.co/JaTR1qWAh2

Our doors may be closed but creativity and learning never stops! See details of our amazing English competitions that we have running this week @HarrisFed https://t.co/KumrRWxnMd

The Academy may be closed but creativity certainly hasn’t stopped! Well done to every student who entered our creative writing competition and congratulations to the winner, Olive F-H in year 10! Read a short extract from the winning entry here @HarrisFed https://t.co/CyPATtfonN

READ ALL ABOUT IT: Fortnightly PE Newsletter providing exercise workouts, sports articles & tasks for PE lessons during the closure. The newsletter, tracker & answer sheet can be downloaded on the website & will be needed for your PE lessons https://t.co/iDp7GCUrcV @HarrisFed

Some students this week have absolutely excelled and should be extremely proud of themselves. Check out the video of our Lockdown Legends: https://t.co/iDp7GCUrcV @HarrisFed

We are sharing some of the comments below that we have received from the recent parent survey. The feedback is very positive and we thank parents and carers for recognising and appreciating our efforts to support their families and children @HarrisFed https://t.co/HLsma7V1QV

The English department will be running the following extra-curricular competitions for students each week; Bedrock and Writing: @HarrisFed https://t.co/qAKt5f2WqA

Future Talent, in partnership with Barclays Life Skills, has managed to secure astronaut Tim Peake in an exclusive FREE virtual Q&A session for young people aged 11-18 on Thurs 21st Jan from 5-6pm. Details, including how to register are here https://t.co/Mmfej84wMP @HarrisFed

We are really proud of all of our Y11 Historians this week who have been learning remotely about the ways in which the Nazis persecuted minority groups in the 1930s. Here are some thoroughly detailed notes from a fantastic student @HarrisFed https://t.co/d1SWt4gaWL

Our wonderful new violin teacher's advent calendar of Christmas music is at https://t.co/hzPW08yBE8 & there is Christmas Music By Candlelight at https://t.co/ZTVGhZPD7A via https://t.co/GTLATx154t do check out all the free shows over the holidays! #HAOmusic #HFEDmusic @HarrisFed

Wishing you a Happy and Safe Christmas from all the staff and students at Harris Academy Orpington @HarrisFed https://t.co/nwvfOKsX2E

Our last day of term will be Thursday 17th December 2020, when we will finish at the normal time. Our return date in January will be Monday 4th January 2021 for all students and staff. @HarrisFed

The Sixth Form at Harris Academy Orpington provides students with the opportunity to study in an exciting and rewarding learning environment. See the link to our Virtual Open Evening: https://t.co/ihwUB1r0jh @HarrisFed

Three students from Year 12 students joined our Head of History, Mr. Davidson, in participating in a one-day visit to the Nazi concentration camp at Bergen-Belsen in Germany earlier this month.

This was part of the UK government’s Belsen75 project commemorating the 75th anniversary of the liberation of the camp by British troops of the 11th Armoured Division.

As part of this project, students attended a pre-event seminar in London in which they learnt about the historical context of Bergen-Belsen in relation to the Holocaust through testimony and archive material and prepared for the visit. 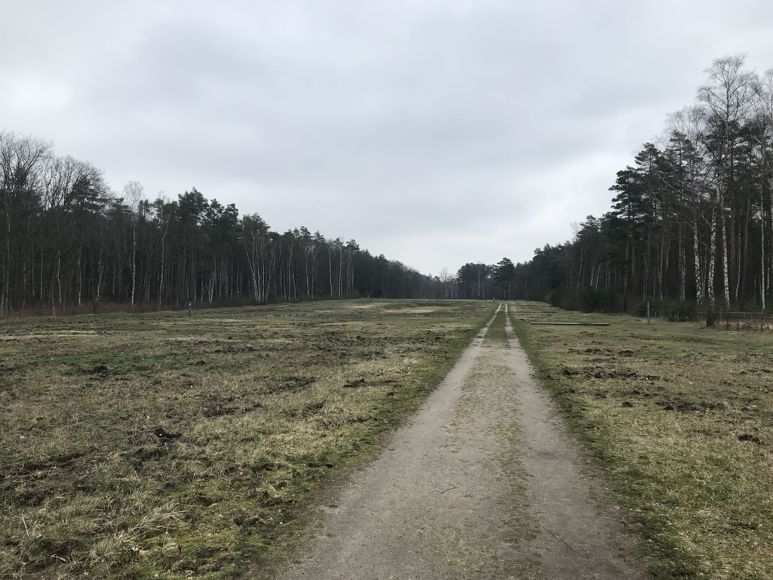 At this seminar, students also heard the first-hand testimony of Renee Salt, aged 90, who survived both Auschwitz-Birkenau and Bergen-Belsen concentration camps during the Holocaust. She spoke extremely movingly about the horrors she experienced in the last few months of the war at Bergen-Belsen, including witnessing the death of her own mother. This was particularly moving for one of our students, whose grandfather participated in the British liberation of the camp in April 1945.

The visit itself to Bergen-Belsen gave the students an opportunity to confront this difficult history more directly. Although little remains of the buildings which were destroyed by the British after the war for hygiene reasons, the site now houses a museum and visitors are able to walk around memorials and mass graves, under the guidance of experts. The most famous victim of the murders at Bergen-Belsen was Anne Frank whose memorial stone was one of many visited by our students. 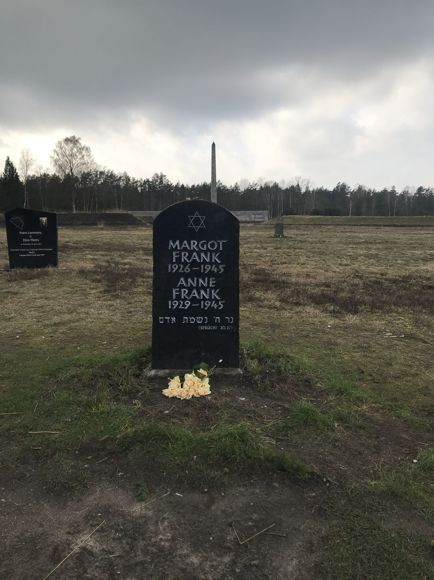 Besides the privilege of being able to participate in the Belsen75 project, the visit will have a direct impact on our students A level History learning. Students in Year 12 are currently preparing coursework on the intentions behind the Holocaust and asking the question how far these terrible events were the result of long-term planning on the one hand and the circumstances of the war on the other.

We very much hope that our year 12 participants will be able to share their experiences and impressions with other students throughout the school as part of our ongoing commitment to Holocaust education. 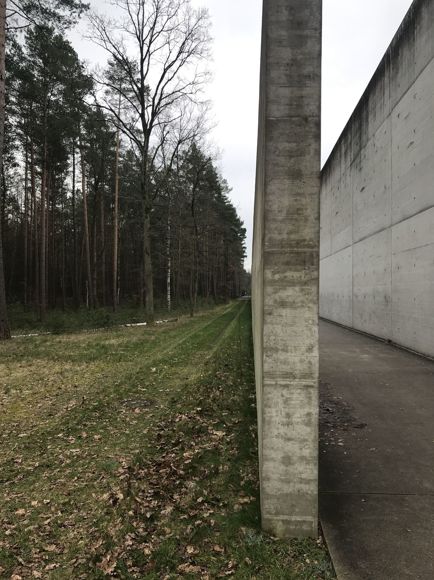