We look forward to hearing if they progress to the next round. https://t.co/dNrtUzUs3N

Ms Brown took a group of 5 students from Y 7, 8 & 9 who have been training weekly to compete in the @mayorsfund for London #CountonUs competition yesterday. They represented the school and had a fantastic afternoon filled with maths challenges. @HarrisFed https://t.co/eJbYXVtYZ6

Phil shares his love for reading and writing and talks about the reasons he wrote ‘When the Sky Falls’. He will also talk about his new novel to be published next month ‘While the Storm Rages.

Bromley Libraries are continuing their digital programme of 'Meet the Author' which is shown on their Facebook page. This Sat at https://t.co/dJYddvQGvP on https://t.co/p54UMEfkL6, you can hear from Phil Earle, author of the shortlisted Carnegie title: When the Sky Falls.

A shout out to our Head Boy Lee on his win at the Kent Schools Golf Championship yesterday. Representing HAO he competed against others from around Kent. Winning the event by 2 shots he will now go on to represent HAO in the Regional and National Championship in May! @harrisfed https://t.co/OpMcFQMiW7

For aspiring writers, hear it straight from the author! https://t.co/u16mN7H2Nr

Many of our students are supported by BYMT's Young Musician Fund so please donate to this very good cause and help HAO to keep making music! 🎵 #HAOmusic #HFEDmusic https://t.co/quwTDPtWl6

And what a goal! https://t.co/UxixpamR3N

Earlier this month, some of our students got to enjoy a trip to the Theatre https://t.co/xWjzt3UDU0

This week saw two Harris Academy Orpington Sixth Form pupils sign contracts with professional football clubs, both of whom studied with us through our partnership with Kinetic Foundation. Tosin Olopade joined Burnley while Ralfi Hand joined Charlton Athletic becoming Kinetic’s 51st and 52nd signings to professional clubs that have been involved in their academy programme.

Adam Flemming, Kinetic coach and Harris Orpington liaison for the academy, had this to say about the two boys:

“Tosin settled well into school being one of the last players to join the programme. He worked hard in all lessons and constantly got positive feedback from teachers for his attitude and overall manners. In the games he played for Kinetic, he was a standout performer for defensive displays and communication to his backline. I’m ecstatic that his trial at Burnley was successful and wish him the very best on the next step of his journey”

“Ralfi is probably one of the most technically gifted players I have worked with, but he doesn’t rest on that, he’s a hard worker too who loves a big tackle. I think that’s what separates him from most. All his qualities remind me of Steven Gerrard. He’s got a wand of a right foot; he’s a tireless runner and does both sides of the game well. He’s a lovely kid and Charlton have a hell of a character joining them. Good Luck on the next stage of the journey, and I hope to see him breaking into the first team in the future.”

As a registered charity, Kinetic Foundation adopt a holistic approach to develop each young person as a ‘whole’ rather than from just a technical or tactical component. Alongside their excellent football provision, they deliver a volunteering programme, mentoring scheme, mental health support pillar and employability workshops on career planning. Together we’re able to offer an individualised, innovative football and education programme for 16-18 year olds. 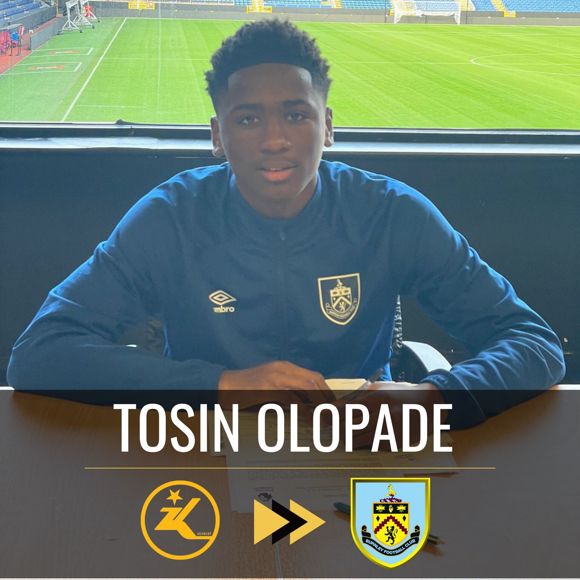 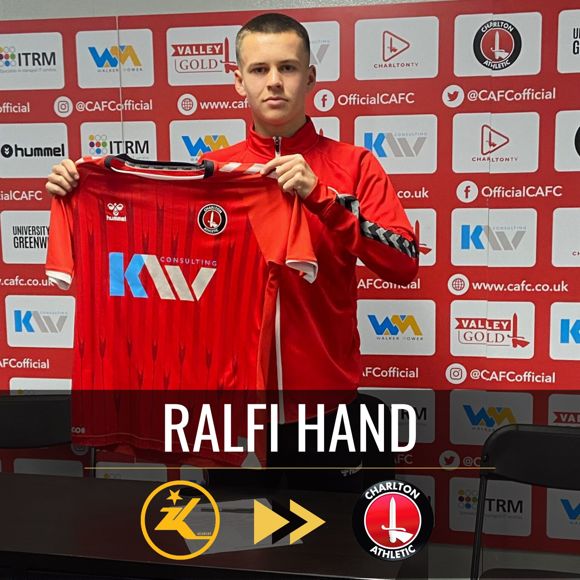 "Harris Academy Orpington is incredibly proud of Tosin and Ralfi’s incredible achievement.  This is testament to their hard work and the support offered by the Academy and Kinetic Foundation.  I am looking forward to tracking their future careers and wish them all the success moving forward."

We wish both Tosin and Ralfi the very best for the future and look forward to seeing how they progress on their journeys!

You can keep up to date with what’s happening at Kinetic Foundation by following them on their social media channels: