The MFL teachers have set a fun vocabulary challenge for all year groups. All the details are on Show my Homework but the challenge is to find as many words beginning with the letter C in French or Spanish from the photo of a very untidy bedroom. Enjoy! @HarrisFed https://t.co/LUai6KpMU0

Win an Amazon voucher in our Half Term Bedrock Competition @HarrisFed https://t.co/xamWjCHcgB

Our students continue to battle to win the prize for the most Bedrock lessons. Congratulations to the winners of last week's competition: Year 7- Erioluwa E Year 8 – Molly F Year 9 – Eva A Year 10 – Kiera N @HarrisFed

It has been amazing to see your creative Faculty Friday entries supporting our NHS. Congratulations to Israel for his winning piece. All entries receive 5 faculty points. Look on Teams this Friday for the next competition! @HarrisFed https://t.co/KIrsJnBDe2

Our French teachers set a cooking challenge for students to master the art of the perfect "croque-monsieur", a favourite in French brasseries, by following a video recipe. The results were great and students sent proof of their successful achievements. Miam miam!@HarrisFed https://t.co/ClQwgMe7P4

We may be closed but that doesn't mean reading has to stop! Last week students battled for a prize for the most Bedrock Literacy lessons. Well done to winners Y7 Israel, Y8 Mel, Y9 Bradley & Y10 Luke. Let's see if we can beat our target of 300. Who will win this week?@HarrisFed

Our students are set a daily well-being challenge to support and encourage them to keep a positive mindset. One of our Yr7 students took the challenge to visit a virtual museum and explore the collections online. Her comment on the experience, “This is sooo cool!” @HarrisFed https://t.co/158idd1zRs

Congratulations to Kane and Lisa who have just passed their Grade 1 and 3 piano @TrinityC_L exams! Huge thanks to Ms Reid @Ni87Ni, our wonderful piano teacher, for guiding them through it. #HAOmusic #HFEDmusic @HarrisFed https://t.co/TjZZYIlHux

Well done to a number of our Sixth Form students who are currently doing their bit by working in local supermarkets.. some students we know are also working extra shifts! @HarrisFed

Art, Design and Technology department want to share some superb work that students have been doing. Look at these.. they are fantastic! https://t.co/PSgPq3j5Hz

Our MFL teachers set a brilliant homework for Year 7 & 8 classes to make a traditional Spanish Easter dessert, called Torrijas. A vocabulary activity was designed to learn the ingredients in Spanish and a YouTube tutorial for students to follow. You can see how tasty these look! https://t.co/yzFWZwdDUC

Alex Rider Goes Live To celebrate the publication of Nightshade, the explosive new novel in the Alex Rider series, award-winning writer Anthony Horowitz will be hosting a virtual book launch at 10am BST on Thursday 2nd April. Horowitz will be streaming live on YouTube. 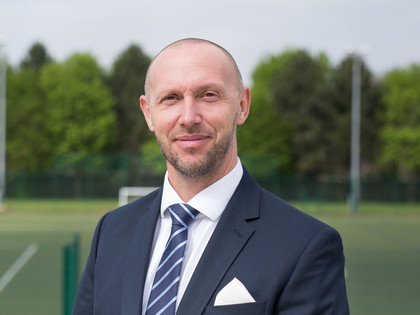 I am delighted to inform you that following a national advertisement, Mr Richard Carey (pictured) has been appointed as Head of Academy at Harris Academy Orpington. Richard is an experienced senior leader who has worked for the Harris Federation for several years at Harris Boys' Academy East Dulwich and Harris Garrard Academy.

Richard started at the Academy in April and I will continue in my role as Executive Principal.